THE INNOVATION OF BOX INSERTS 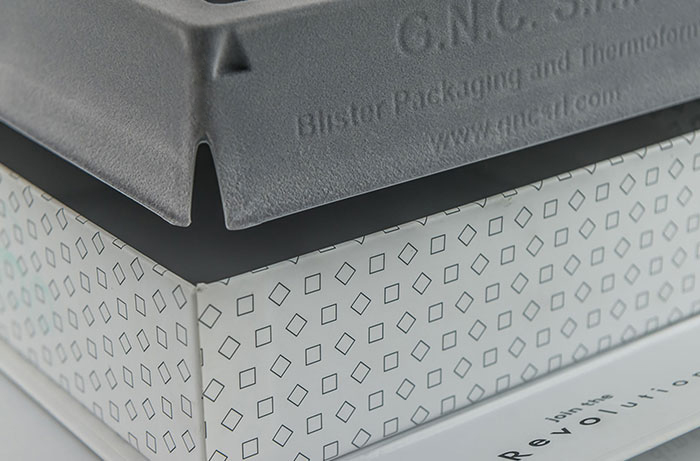 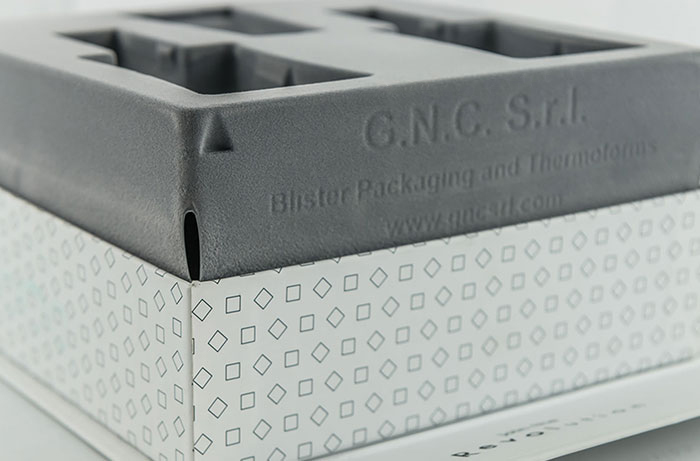 The benefit of these thermoformed inserts, which can be produced with transparent, coloured and flocked materials, lies in providing them with no corners, to allow easy insertion in the box and ensure excellent grip on the sides. The presence of de-stacking notches make the box inserts suitable for use with autoloaders.

LET'S START A NEW PROJECT TOGETHER!

Thanks to over thirty years of experience in the field of thermoforming, together with a well-known company which produces paper products we have developed a thermoformed box insert which can optimally be placed in the box with an automatic de-stacker, and allow the subsequent robotic filling of the products. Presented at the Drupa trade fair in Düsseldorf from 31 May to 10 June 2016, this solution is widely accepted because it allows a considerable reduction in packaging costs, which is a key element given the increasingly fierce global competition of markets.

Furthermore, the cutting of the corners is performed automatically during the thermoforming process with more competitive costs than the same operation performed in out of line production.